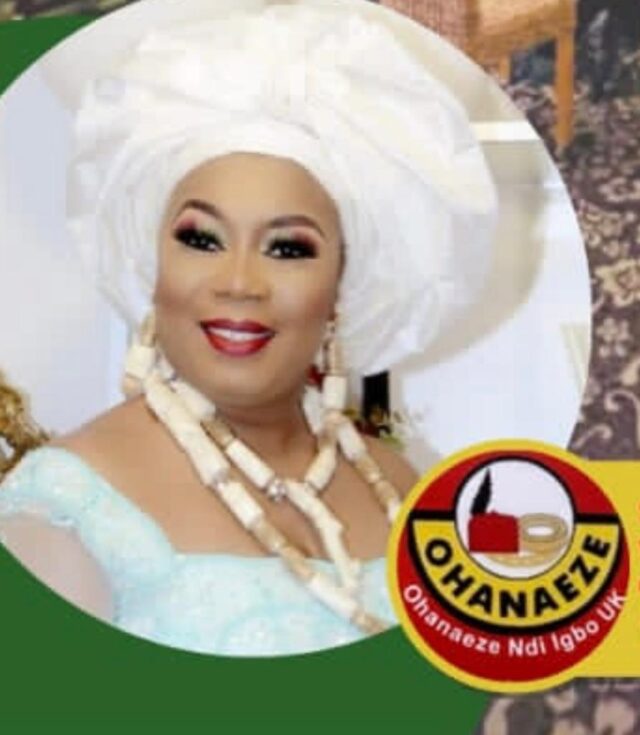 “Enough Is Enough With Us Building Other People!” – Lady Aqueen Ibeto

Presido, I don’t think we should stop building other people – that is what your caption indicates. I suggest “Ndigbo are Global Builders That Must Build Their Home’The Igbo is a widely entrenched tribe in Nigeria and they have taken their industriousnessindustrious skills everywhere while urbanizing the places where they have settled down, much to the underdevelopment detriment of development in their hometowns. This claim is evident – developing swampy lands to commercial and residential areas – but hot arguments have generated and nerves frayed flared up when the Igbo extol themselves for such developments! Some people within host communities have shamed them to go back to their places to replicate such developments if they claim to have the ‘magic wand to develop any place they stay’!Harsh as it may sound, they might not be far from the truth! Cries have been made are ringing out to the Igbo leaders and influential people to rally the Igbo worldwide to see to the full industrialization and commercialization of Igbo land.Weighing on the cries of our people that volatile issue, the President of Ohanaeze Ndigbo UK and Ireland, Chief Lady Aqueen Ibeto, has called on Ndigbo Igbo at home and in Diaspora to start ‘thinking home’ first!Lady Aqueen came into prominence with her election as the deputy president of Ohanaeze UK, representing Enugu State in 2018 and then, made history when she became the very first Igbo woman to be entrusted with the office of Ohanaeze President anywhere in the world. She founded Adaure Women, a non-governmental organization and was the first Vice President of Igbo communities in the UK.She spoke with the Eastern Eye Magazine on her mission to educate the Igbo people on the need to start concentrating their wealth – not “half wealth” – to build Alaigbo; she went on to announce the forthcoming ‘Ohaneze Ndigbo Day’ that would hold in Hampshire on the 29th of October.

To her credit, although past executives have reached out to various parts of the UK, the Ohaneze Ndigbo UK had never held gathering had a programme like the coming one outside London; it had always been held inside London. It was one of the promises she made that her tenure would building on the exitsing work done by past executives to touch the base of every Igbo wherever they are in the UK.

With the programme captioned ‘Think Home,’ she hopes to educate the Igbo people, resident in the UK, that home is the best place to develop.With her office and programme, she wants to convince them to invest back home because of the vast business opportunities in Alaigbo, while not forgetting to take their children back home for sightseeing as well asfor them to identify with their native lands.“Our ‘think home’ programme would be the first step and to as a show of commitment ; we have the intention to plant 100 palm trees anywhere we get a land in Alaigboat home.

That is one of our missions. Other development actions will follow after that. We will start from there and then, be able to do other things. ‘Think home’ is our caption and it is our mission statement, and we will work tirelessly to must achieve it.

“We are not relenting on of our vision to make our people take all their wealth – not half of their wealth but most of it – to build Alaigbo our homes. Enough is enough with us building other people; it is now time for us to take it home and turn Alaigbo to fully industrialised and commercial hub like Singapore orLondon UK in Nigeria,” she said. (Compare like with like, Alaigbo is not a city but a potential country so use UK instead of London)On her ascension to her post in Ohaneze, she clarified, “It is not about where you are coming from or how rich, beautiful, tough or intelligent you are – it is about your service to the community and Ndigbo.

We were two women but the other wasn’t really functional; in fact, I was the only woman that put more weight to make sure that the Congress becomes what it is today. At the same time, I was serving Ohaneze as well”.Further more she indicated, “I don’t want people to see Ohaneze as, ‘you can just emerge from the blues and immediately get a the position’ – that is not possible in Ohaneze. You will work, and you must have worked and put in all your efforts to make it work for the Igbo people to unite and be one. You must understand the culture and the nitty-gritty surrounding the leadership of Ndigbo and Ohaneze as a whole. For people that don’t know – Ohanze is a socio-cultural and political group, so, it doesn’t have nothing to do much with the culture alone.

It is more cultural, traditional and politics as well; so, more or less, a leader of Ohaneze is someone that represents Ndigbo to with the Government; a leader of Ohaneze is an administrator but some people see it as a cultural thing – NO! In Ohaneze, you have the traditional rulers, pastors, bishops, retired government leaders, workers and officials, business men and women, and many others. If you check Ohaneze worldwide, you will see that there has not been an Ohaneze leader that was a traditional ruler. Ohaneze is not a community where you have a community leader governing. It is made up of selected individuals that have worked with and understand the structure of Ohaneze; those are the people that can be elected and if you are elected, then you can serve as a leader. So, I am an administrator, serving Ndigbo in the United Kingdom.

”On the backdrop of the fracas that generated on the change of leadership in Ohaneze Ndigbo Lagos, she sounded out, “My stake in take on that is that the leadership of Ohaneze goes state by state and it is a four-year tenure; so, I believe that any person in their right frame of mind should understand that after your tenure of four years, you hands down and back out for the next person from the next State to take over. Working through our own experience in UK, it was Anambra, Delta, Ebonyi, Enugu and after us, would be Imo State, then, Abia and then, Rivers.

That is how it is supposed to be; you don’t fight to stay there and die there. Nobody has the monopoly of power. You do your own tenure and leave there for another person to try; maybe the person can even be better than you or the person can even start from where you stopped.“But when you get stuck there, you won’t enable others to share their experiences and what they can do. So, I don’t believe in that – fighting for power and continuity.

I am totally against it. I’m not very comfortable with their system in Lagos and where they get the muscles to fight for power to be there forever. When we work together as a body, the higher authority should be able to pass an order as it is and as human beings, equity has a lot to play in this. Do the right thing – finish your tenure and go and then, be out there to support the next person just as we do in the UK.”She also disclosed the length of her journey so far as the President, “I started from visiting the prisons; I went to Enugu Recreation Centres to visit and feed the homeless and the least of the least, people that have been forgotten.

Many times you see people in prison; it is not as if they want to go to prison or because they deserved to be there. Some of them are people out of envy and suppression oppression that they find themselves there; I heard some cases of the prisoners; I heard people being imprisoned because they were warding off people that wanted to take their lands.

It was a massive experience for me and at the end of the day, alongside with sponsors and my Executives I brought out twenty people from the prison. It was my passion as a mother to pursue effect their release and also feed those in the recreation rehabilitation centres.

These people had always heard about Ohaneze but they had never felt the impact until my visit. We (Ohaneze Ndigbo UK) are the first group of Ohaneze that had visited the prisons.

I did it and told the President-General, who I have respect so much and who reciprocates that respect for me, and he was proud to hear that. I am not relenting or stopping there as we are about to start a skill acquisition centre in Nigeria where those released prisoners will now end up to learn skills and become skilled to cater for themselves and family.

At the same time, we are doing this in the UK, visiting prisons and detention centres to find where our brothers are to hear their side of story to see what we can do to help them. We intend to do more and bring more change.”While rounding off the interview, she advised Igbo not to forget who they are.“Remember who you are and do not bring down yourselves out of greed, envy and jealousy. Always present yourselves in a very humble manner; stop the killing of ourselves! We are already being minored in the face of people; so, we need to unite and have a united front. Brothers don’t kill brothers! The killing and bloodshed are is too much. We need to fight our course together and we can only do this when there is love. Love is all we need at this time to be able to forgive. “Forgive those that have offended you, and those that have offended others should seek for mercy. Let us all come together so that when we speak, it would be make one voice that can make a huge noise to the world and then, our voices can be heard. But when we speak differently, we will not be heard and we would not be able to achieve our aim as a people. So, let us have one voice and listen to ourselves. Think before we utter statements so that at the end of the day, we would have victory in everything we do at home and the outside world. For the people in the Diaspora – have one voice so that when one person is being hurt, that means all of us are hurt at the same time,” she pleaded. 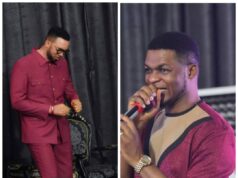