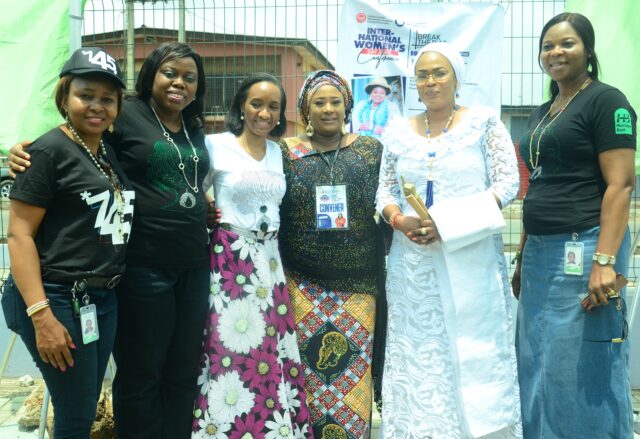 As part of its commitment to empower women to break the bias in today’s world, Heritage Bank Plc has joined forces with Fateema Mohammed Ogunkola Foundation (FAMO) in advancing women’s economic sustainability in Nigeria.This move was made known at an event to commemorate this year’s International Women Day, themed, “Break the Bias,” with a host of top female dignitaries, which include

Ms Funke Ijaiye-Kunle, the Central Co-Ordinator Lagos4Lagos, Alhaja Binta Ayo Mogaji, Mrs Afolashade Alonge, Regional Executive, Lagos and Corporate Banking Division, Oloye Morounranti Ashabi, Asoju Áṣa Ilẹ̀ Oodua Cultural Ambassador to His Imperial Majesty Ooni Adeyeye Enitan Babatunde Ogunwusi Ojaja II, and many others.Meanwhile, the bank hosted 4-day virtual empowerment seminar for its staff, which focused on different aspects of the woman’s life – business, finances, work life balance, health, and the future.Speaking at the event, Afolashade Alonge, Regional Executive, Lagos and Corporate Banking Division, Heritage Bank, said the society should strategize and focus on promoting women’s economic empowerment as a means of increasing the nation’s GDP.According to her, closing the gender gap at every level of endeavors is a key to accelerating sustainable economic growth. Alonge noted that it has been shown that women’s economic empowerment increases productivity and economic diversification.She noted that to succeed and advance economically, women need the skills and resources to compete in markets, as well as fair and equal access to economic institutions.According to her, Heritage Bank through its unique banking services has been in the vanguard of championing wealth creation and financial inclusion especially among women to advance economically through its banking application known as “Octiplus” in order to promote savings culture.Octiplus an all-in-one digital banking application brimmed with wealth management features can help women manage money and plan the future.She noted that Heritage Bank has provided different products to encourage saving habits amongst women. These banking products, she noted are backed up by the CBN’s financial inclusion framework.Speaking on the partnership, Fateema Ogunkola, the Convener of the event said Heritage Bank saw the importance of heritage among women that is why the bank has decided to support FAMO to celebrate this year’s women day She said: “The International Women’s Day is yet another opportunity to reexamine the critical role that women continue to play in building a peaceful and prosperous society. Today, more than ever before, we are confronted by the harsh realities of gender-based exclusivity, especially in the workplace and our homes.“We must remain committed to empowering women who are courageous to make a difference in careers that have hitherto excluded the women’, she noted.Speaking on the four-day virtual seminar held for its teeming staff, Ozena Utulu, Ag. Group Head, Corporate Communications said the speakers engaged held discussions around how women across all life stages can thrive despite stereotypes to attain their full potential.According to her, Heritage Bank celebrating this day was targeted at implementing the Nigerian Sustainability Banking Principle 4 which aims at promoting women’s economic empowerment through a gender inclusive workplace culture. 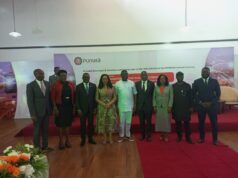 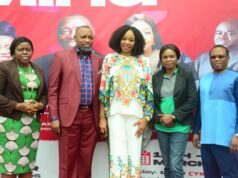