Lagos State Government on Tuesday officially flagged off the screening of over 2000 applicants for support in the area of small and medium scale agriculture.

The initiative is aimed at raising about 1700 Agro Entrepreneurs to boost the State’s agricultural economy in a multi-phased process.

The exercise under the Agro Processing, Productivity Enhancement and Livelihood Improvement Support (APPEALS) project of the Ministry of Agriculture was launched by the Commissioner for Agriculture, Mr. Gbolahan Lawal in Ikeja, Lagos.

According to the Commissioner, this initiative of the government of Mr Babajide Sanwo-Olu was programmed to upscale farmers in the state as well as provide linkage for them to the markets for distribution of their produce.

He said, “The Governor of Lagos, Mr Babajide Sanwo-Olu is in full support of this initiative of employment and income generation through agricultural technology innovation for Youth and Women in the State who are very active and ready to improve their livelihoods through agriculture.

“The scheme is targeted at helping Women and Youth Agro Entrepreneurs who are going to be empowered in order to achieve the objectives of meeting the food demands of over twenty million markets ready for them”, he added.

Appraising the activities of Lagos State in agricultural sector, the Commissioner pointed that international organisations also attest to the state’s robust policy and seriousness in ensuring farmers are supported hence World Bank collaboration in this area.

His words: “for the next four years, Lagos will have the benefit of being funded in APPEALS project and we are focusing on the value chains where we have comparative economic advantage which is poultry, rice and aquaculture.

“We are promoting this project and supported by the World bank to ensure that farmers, youth and women have a better livelihood under this project. This is because the state is forthright in his dealings with World Banks and the farmers”, he noted.

The Project Operations Manager, Dr Salisu Garba applauded the administration of Mr Babajide Sanwo-Olu for a well co-ordinated screening process while expressing satisfaction with the state’s team handling the process.

He also revealed that apart from youth and women who will be funded under the APPEALS project, the State has also made provision for 10% inclusion of Persons With Disabilities, PWD who are active farmers and are ready to earn a living through farming.

Dr Garba said, “The essence of the project is to empower young male farmers from the age of 18 to 40 years while female farmers from ages 18 upwards and are active are the main focus of this scheme.

“The PWDs, because of their conditions cannot go through the same process as the able bodies, therefore, a special screening process will be set up for them as there are already 200 of them are already shortlisted for the program. 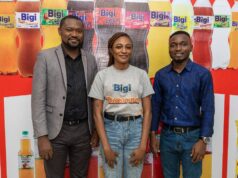