Nigeria’s number one seer, Primate Elijah Babatunde Ayodele JP, has released some of the prophecies contained in his annual prophecy book, Warnings to The Nations, due for public launch in August 2019.The famous cleric and founder of INRI Evangelical Spiritual Church based in Oke-Afa, Ejigbo, Lagos, shared the prophetic messages during a brief chat with Global Excellence on Saturday, 13th of July, 2019.
Below are excerpts from the encounter…

We have said it since 2015 that the APC chairman, Adams Oshiomhole’s godson, Governor Godwin Obaseki, would fight him dirty. This was the same way I warned that Saraki should be given the PDP presidential ticket, that he was the God-chosen candidate. If he had been given ticket, it would have been a different story for PDP now.

Criticism is normal. The more I’m criticized the more I move ahead. I do not care about criticism at all. For Obaseki, it is not going be easy to fight Oshiomhole. It is a battle for which he needs God to fight. He must seek the face of God in his battle with the godfather. Let me also warn the APC people in Edo State that they must put their house in order so that they do not to give chance for the opposition to upstage them. Obaseki should not fight the battle without involving the Lord, otherwise he would be rubbished.

On the ongoing rape saga of Pastor Biodun Fatoyinbo of COZA, Primate Ayodele maintains that no one has a right to condemn the young cleric, that judgment should be left to God.

“I had spoken on the COZA pastor issue. Nobody should should wear the robe of a judgein his matter. Only God can judge right in a case that involves a manof God, not the police, not the court, even the First , Aishat Buhari should keep away from the matter. The way the matter is being handled by the Christian Association of Nigeria (CAN) and Pentecostal Fellowship of Nigeria (PFN) where every Tom, Dick and Harry has become the judge is refreshing Christianity. This type of thing does not happen in the Islamic organization.”

“In Kogi State, it is going to be a volatile situation if APC gives the next governorship ticket to Governor Yahaya Bello. And PDP needs an aggressive candidate if it must make any impact in the Kogi election. Yahaya Bello is not the right candidate for APC in Kogi State next election. If APC does not listen to this God’s warning, it would be very difficult for the party to win the governorship election.

I foresee a crisis-ridden election and it would be characterized by violence just like it happened in the last Kano State governorship election which we also warned against ahead. I see a government of anarchy if Yahaya Bello is given the ticket again. The PDP candidate in Kano State must still push his case and not allow it to go just like that.”

Primate Ayodele, however, advised the Kogi PDP senator, Dino Melaye, against contesting for governor at this time, saying that it is not God’s time yet.

“Dino Melaye should drop his governorship ambition. I don’t see him going too far because it is not God’s time.”

The servant of God who foretold in 2012 that the ECOWAS nations would have a single currency which has just been fulfilled in 2019, also reiterated his divine message on the PDP candidate, Atiku Abubakar’s presidential ambition, stressing that he must heed God’s warning and hands off the dream.

“Atiku Abubakar is just wasting his time. We have kept saying this to him as a message from God. When PDP was about giving him the ticket, we warned that he was not the God-chosen candidate. Atiku should stop wasting his money in the Supreme Court case, he cannot unseat Buhari. In 2019, Nigeria needs a man like Sarah who understands politics and governance. PDP must put him forward and give the party’s structure to him. We said it before that Saraki was the ordained candidate that could unseat Buhari from power but we were criticised.”

Primate Ayodele in the latest message also foresees serious challenges for Ondo State APC governor, Rotimi Akeredolu, who is seeking to have a second term. According to the cleric, “Akeredolu will face a tough battle in his reelection bid. Aggrieved power brokers within his party would come for him. He should be well prepared for the battle ahead.”

Below are some of Primate Ayodele’s fulfilled past prophecies for which he has continued to be respected among other Nigerian prophets.
*Discovery of missing money in NNPC; *The reelection of Nigerian president, Muhammadu Buhari;
*Southern Kaduna killings;
*President Uhuru Kenyatta’s second term victory in Kenya;
*Issuance of ECOWAS single currency;
*Death of former vice president of Nigeria; Dr. Alex Ekwueme;
*The loss of former vice president of Nigeria, Abubakar Atiku at the 2019 presidential poll;
*Fresh outbreaks of cholera and meningitis diseases;
*Defeat of PDP governorship candidate in Osun State, Demola Adeleke, by APC’s Gov. Oyetola; *Change of leadership in the ruling ANC in South Africa;
*Fresh attacks on foreigners in South Africa;
*Nigerian judiciary crisis; *Reelection of Anambra State governor, Willie Obiano;…and many more.
Primate Ayodele 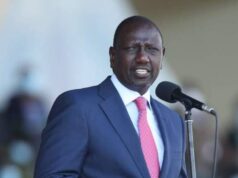 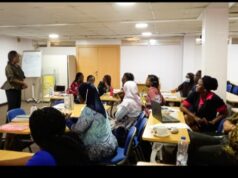