Ethiopian police have shot dead a security chief suspected of orchestrating a deadly bid to overthrow the regional Amhara government, with possible links to the murder of the army chief, state media reported Monday.

Prime Minister Abiy Ahmed’s office had named Amhara security chief Asaminew Tsige as the chief suspect in an “attempted coup” in the region that left its president, top adviser and attorney general dead on Saturday.

A few hours later in what the government said appeared to be a “co-ordinated attack”, the army chief Seare Mekonnen was killed by his bodyguard at his home in Addis Ababa.

However details of links between the two attacks and their ultimate motive have not been made clear.

“Asaminew Tsige, who has been in hiding since the failed coup attempt over the weekend has been shot dead” in the regional capital Bahir Dar, state broadcaster EBC reported.

While observers say there were no telltale signs of a concerted national coup, the unrest is a major blow for Abiy, who has embarked on a series of reforms which have unleashed ethnic tensions and bitter political rivalries.

Asaminew was only last year released from almost a decade in prison over a 2009 coup plot, under a mass prisoner amnesty that began under former Prime Minister Hailemariam Desalegn and continued under his reformist successor Abiy.

Analysts describe him as a hardline Amhara nationalist who was likely facing removal from his job over efforts to form a militia and rhetoric pushing for territory in neighbouring Tigray to be reclaimed.

He recently appeared in a Facebook video calling for civilians to arm themselves in preparation for attack.

Amhara is one of Ethiopia’s nine autonomous states and its people are the second-largest ethnic grouping after the Oromo.

Both communities spearheaded two years of anti-government protests which led to the resignation of Hailemariam.

A statement read on state television on Sunday night from parliament speaker Tagesse Chafo called for the country to “stay together and united” as he announced a national day of mourning.

“All of us will remember the people who lost their lives for our togetherness and unity,” a television announcer said, reading a statement from speaker Tagesse Chafo.

“It is a sad day for the whole nation. We have lost people who were patriotic. They are martyrs of peace.”

The European Union in a statement urged “restraint from all sides of the Ethiopian political spectrum, both at national and regional levels.”

“The EU firmly reiterates the need for continued peaceful and democratic reforms in Ethiopia and its support to the efforts of the Prime Minister and his government in this context,” said the statement.

Minister of Defence Lemma Megresa described the army chief as “humble, a very good colleague, a brother”, on national television on Sunday night.

“The attack left the country in a difficult position. It is important for the army to remain united in this difficult time,” he said.

The internet remained completely cut across the nation for the third consecutive day, after being severed for much of the prior week without explanation.

In the capital Addis Ababa it was a busy day as people went about their business as usual but security at the airport was beefed up with the presence of special forces.

In the Amhara capital Bahir Dar there was a significant presence of federal police officers around government offices, residents told AFP.

Observers have said that the killings underscore the tensions across Ethiopia sparked by Abiy’s efforts since he came to power in April 2018 to loosen the iron grip of a state long run by emperors and strongmen.

His efforts to transition from one-party state to democracy have seen him embarking on economic reforms. He has allowed dissident groups back into the country, sought to crack down on rights abuses and arrested dozens of top military and intelligence officials.

These moves have been lauded abroad, but have earned Abiy enemies at home. Exactly a year ago he survived a grenade attack at a rally which left two dead.

Long-simmering ethnic tensions along the borders of the autonomous regions — divided along ethnic lines — have burst into violence, leaving scores dead and more than a million displaced.

Meanwhile the prospect of elections in 2020 has shaken up local politics as longstanding regional parties find themselves facing challengers to their power, while observers say there has been a surge of ethno-nationalism. 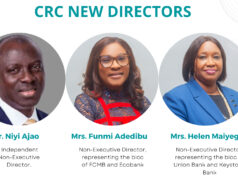