Former Organizing Secretary of the Peoples Democratic Party (PDP) in Lagos, Hon. Mutiu Kunle Okunola, has said he dumped the PDP for the ruling All Progressives Congress (APC) to support the National Leader of the party, Asiwaju Bola Tinubu if he decides to run for 2023 presidency.

He also said his defection had finally nailed the PDP in the state, declaring that Lagos was now a one-party state.

Media reports that Okunola was the PDP candidate for Ikeja Federal Constituency in the last election.

He, however, lost to APC’s James Faleke who had previously defeated him in the race for the same seat in the 2015 general election.

However, after the election, Okunola dumped the PDP for APC, saying he was not ready to play “bad politics”.

Okunola formally registered with the APC on Tuesday and he was handed his APC membership card.

Speaking with newsmen, the politician said he was also motivated to join the APC to give Tinubu the support he needs to contest the 2023 Presidency.

He said Tinubu has worked hard for the country and deserves to be the next President at the expiration of the President Muhammadu Buhari’s second term.

He said though Tinubu has not made his intention known on the 2023 Presidency, he would begin a campaign tagged, “Tinubu 2023 not negotiable”.

“So I decamped not for any other thing but because of Tinubu so that I can put my strength to make the 2023 project for Tinubu a reality. I believe it is only Tinubu that has the capacity in the south-west to rule the country”, he said.

Okunola reiterated that his defection has sounded a death knell to the PDP in the state, saying he was a sole financier of the party. 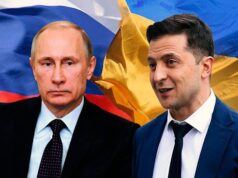