The Kwara State Governor, AbdulRahman AbdulRazaq has lamented the mass failure of students of the state in the just released 2019 Unified Tertiary Matriculation Examinations, UTME.

He attributed the failure to poor knowledge of information communication technology, ICT.

AbdulRazaq made the remark during the seventh convocation ceremony of the Kwara State University, KWASU, in Malate, Moro Local Government Area of the state.

Represented by his Deputy Kayode Alabi, the governor said: “Today, Kwara has regressed in many areas. We recently read about how several students from the state struggled with computer-based UTME, apparently resulting in mass failure among our children.

“This must be tackled immediately if Kwara must compete in the 21st century economy dominated by ICT. How do we get our children to understand the ‘liberating and exploitative’ powers of information in digital age when they don’t even have the most basic knowledge of computer?

“Our administration is disturbed by the systemic problem in our education system which manifested in the 2019 UTME. It is immaterial if there are other parts of Nigeria with similar crisis. We, in Kwara, have a duty to roll back this anomaly in the most practical way. We have a duty to ensure that the overwhelming majority of our children
are given the opportunity to excel by having access to IT-enabled education.”

The governor commended KWASU for “helping to redraw the map of Nigeria by gradually and in the most ambitious ways, bringing our state to national and global reckoning. It is heart-warming to note that the institution is indeed punching above its weight in the way it has quickly established itself as a centre of academic innovation and excellence within 10 years of its founding.

“Government is not unaware of the peculiar challenges facing this institution, especially deficiency in municipal facilities. I am informed about inadequate accommodation for students and the deplorable condition of private hostels. I have also been briefed on the problems of water supply and electricity to the malete campus. Let
me assure you that all these will be addressed in due course. 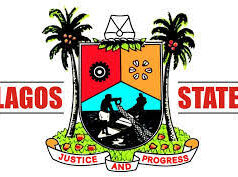 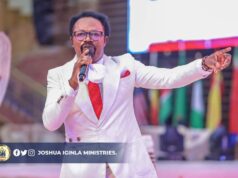