The Nigeria Union of Journalists, NUJ, has condemned the closure of AIT and RayPower FM by the National Broadcasting Commission, NBC.

NUJ, which urged NBC to do the needful by reopening the stations within 24-hours, stated that the “action portends grave danger for Free Press and Independent Media.”

Recall that on Thursday, NBC suspended operations of Daar Communications, owners of AIT and RayPower FM over allegations of breaching Broadcasting Code.

The statement read, “The Nigeria Union of Journalists is alarmed at the closure of AIT by the National Broadcasting Commission and believes that the action portends grave danger for Free Press and Independent Media.

“Independent and Pluralistic Media in a democracy like Nigeria serve to promote democracy by their dissemination of authentic information and ensuring transparency in governance.

“We condemn this closure over allegations of breach of 2004 Broadcasting Code and insist there are better ways of sanctioning media organisations that are found to have erred.

“It will be helpful if the NBC will immediately reopens AIT to ensure that they continue to promote debate and opinions on issues that are of societal, economic and political importance to the nation.

“We expect them to do the needful in 24-hours,” the statement read. 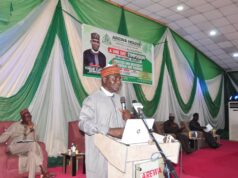 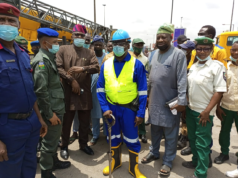