Dr Orji Kalu, former governor of Abia State, has advised the leadership of the All Progressives Congress (APC) to sheathe their swords.

According to him, the no love lost was why the party lost some states to the Peoples Democratic Party (PDP) during the general election.

He said this in reaction to the war of words between the national chairman, Adams Oshiomhole, and his predecessor, Jon Oyegun.

Orji’s in statement issued on Thursday by his spokesman, Mr Kunle Oyewumi, however, said plans were under way to bring feuding leaders of the ruling party together to find a lasting solution.

Kalu said the party must be re-positioned for greatness, adding that the leadership must ensure all lost states were captured again.

“We have already lost seven states to the opposition. PDP won those states because of the crisis. We need to resolve these issues and save the party from further crisis.

“As soon as I return to Abuja, I will meet with Adams Oshiomhole and Chief John Oyegun. They are my leaders. I will bring in Chief Bola Tinubu and talk to the president to intervene in the crisis. This is what I plan to do.

“In the next two weeks, we should come up with a solution and these things would become history,’’ Kalu said. 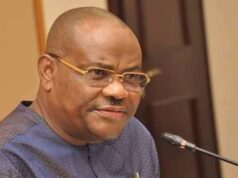