Angry pensioners in Abia State, on Wednesday staged a protest at the venue of this year’s Workers Day celebration over the non-payment of 28 years arrears of their pensions.

The News Agency of Nigeria (NAN) reports that hardly had Mr Onyii Wamah, the Head of Service, who represented Gov. Okezie Ikpeazu, mounted the dais to take the salute than the pensioners marched from their canopy to the centre stage, ahead of the commencement of the march past.

The protesters, who were clad in all-black attires, bearing old walking sticks and placards, stood still in front of Wamah, who later came down from the dias.

The protesting senior citizens created more scene, when some of them sat on bare floor, attracting more sympathy from the crowd as journalists and other people scrambled to catch a better picture of the drama with cameras and cellphones.

NAN reports that inscriptions on some of the placards read: “Stop this mercy killing and gross tyranny, pay pension, gratuity,” and “Pension payment is now a taboo in Abia state,” among others.

The protesters stayed put for about 15 minutes, during which the programme, especially the match past, was disrupted, before they were later persuaded to relocate to their canopy.

Mr Chukwuma Udensi, the Chairman of the state chapter of the Nigeria Union of Pensioners, said that the protest was intended to draw public attention to the plight of pensioners in Abia.

Udensi said: “It is said that to whom much is given, much is expected. We have invested so much in the present administration for the past four years, so we expect him to act fast.

“We are being owed 19 months now, added to the the nine months owed us by the past administration, which will amount to 28 months.

“We are calling on Abia government to pay pensioners of Abia, because most of us have died due to unpaid retirement benefits. ”

Mr Julius Ikpe, the state Public Relations Officer of NUP, said that past administrations staggered the payments of retirement benefits, where some sub-treasuries were were paid, while others were left out.

“Then some pensioners were owed six months and others ten months.

“In the present administration from November 2017 till date, no pensioner has received any payment.

“During a meeting between the state government and pensioners, the governor promised to pay three months in every two months in order to clear the backlog of pension and gratuities.

“We are yet to see the implementation of this resolve by the state government to alleviate our plight,” Ikpe said.

Obigwe said that the development indicated that the state government and its financial managers should evolve proactive measures to tackle the problem.

He said: “This situation is worrisome, particularly when the pensioners are not getting their monthly pensions regularly.
“Congress still repeats her plea for the sum of N150 million for gratuities monthly.”

In his address, Mr Sunny Onwuma, Abia Chairman of Trade Union Congress, said that delayed salary payment had made most civil servants to fail in their family responsibilities.
Onwuma said that most Abia civil servants were afraid to retire, adding that those due for retirement either amended their service records or applied for extension “for fear of the unknown.”

He therefore called on Abia government to urgently evolve a workable solution to the challenge of unpaid salaries, pension arrears and gratuities.

Responding, the governor said that he had taken note of the complaints and needs of the workers and pensioners, adding that urgent steps would be taken to address them.

Ikpeazu commended Abia workers for their resilience and support and expressed the willingness of the government to pay the N30,000 minimum wage.

According to him, “We await a circular from the Federal Government concerning the minimum wage and I assure you that we will not reduce the amount but will ensure that we pay N30,000.” 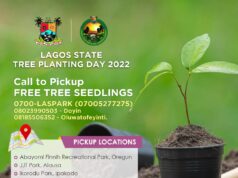 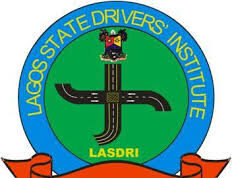 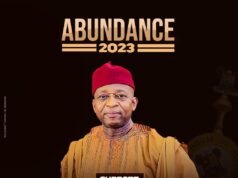