The Tiv Youth Organization has tongue-lashed Presidential Muhamadu Buhari over comments credited to him regarding why Benue State Governor, Samuel Ortom, left the All Progressives Congress (APC)

Buhari was quoted to have told members of Nigerian community in Dubai that Ortom left the APC owing to unresolved issues concerning open-grazing of cattle in Benue State.

But the TYO in a statement by its President General, Timothy Hembaor, faulted the President’s comment, saying, “it was a confirmation of Buhari’s anti-Benue posturing, adding that by the statement, Ortom’s lack of confidence in federal authorities to protect his people has been confirmed.”

Hembaor described as laughable the assertion by President Buhari that those carrying out killings in Benue were not Fulani herdsmen in Nigeria and referred the President to series of press conferences where Miyetti Allah Kautal Hore and other Fulani organisations accepted responsibility for the killings in Benue and other parts of the country.

The youths body equally expressed disappointment that the President would instead of advancing ways through which the crisis would be put to a permanent end chose to dwell on how long it lasted saying, such was a clear signal that President Buhari had no solution to issues bedeviling the country.

TYO mantained that the President ought to have prevailed on security agencies to ensure the implementation of the ranching law which had proven to be the only solution out of the farmers/herders conflict and as a global best practice in animal husbandry instead of heaping unwarranted blames on governor Ortom.

The organization also took a swipe at the President over another comment credited to him that politicians converted areas that were earmarked as grazing routes in the sixties to their private farms.

“It is most saddening that President Buhari will be talking about grazing routes that were created in the sixties. What was the population of Nigeria at the time? What is the population now?

“So, you see this has clearly shown the President’s bias towards his Fulani brothers even as the President of the country and we as a body are solidly behind governor Ortom which was why we overwhelmingly voted him back into office.”

The body said the people of the state had resolved to reject the APC as was shown during the last general elections, emphasizing that the people were even more determined to take their destiny into their hands and will remain resolute in defending their ancestral lands.

“Benue people are with governor Ortom so long as he stands with us, so shall we continue to stand with him,” TYO emphasized. 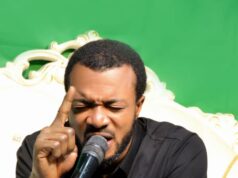