Yough allegedly slapped the PDP agent, Micheal Iornongo, used club and machetes on him while Aule and his boys broke the ballot box and snatched the register.

Voters have fled the polling unit following the incident media gathered that, although some materials were recovered, the register is missing. 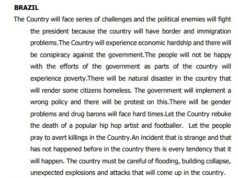