The Oyo State chapter of the Peoples Democratic Party (PDP) has on Friday enjoined the ruling All Progressives Congress (APC), in Osun State not to waste tax payers money on what it described as “frivolous legal process” but accept the pronouncement of Friday’s tribunal in good faith.

Media recalls that the Osun State Governorship Election Tribunal on Friday declared Senator Ademola Adeleke of the PDP as the winner of the state election. It also declared the September 27th 2018 rerun election in the state as illegal.

The three-man panel Tribunal gave the judgement following the petition filed by Adeleke against Mr. Gboyega Oyetola of APC.

However, PDP in Oyo state while reacting urged the APC and its candidate, Mr. Oyetola to accept the outcome of the tribunal in good faith, saying “nothing can be built on nothing”.

PDP in a statement signed by its State Chairman, Alhaji Kunmi Mustapha, a copy which was made available to the media by Publicity Secretary of the party, Engineer Akeem Olatunji, described the tribunal verdict as an act of God.

Mustapha while enjoining Chief Adagunodo led executives of PDP in Osun state not to relent by making sure they are united behind Adeleke, said that the need to rally round Adekele was necessary in odrer to protect the mandate given to him by Osun State electorate.

He then advised the APC and its candidate, Mr. Oyetola not to waste tax payers money on frivolous legal process at the appeal court but accept the pronouncement of the tribunal in good faith.

Mustapha said, “The Oyo State Chapter of PDP has sent a congratulatory message to Senator Ademola Adeleke and Osun State PDP over the election petition tribunal judgment which declared Senator Adeleke as the rightful winner of Osun governorship election.

“PDP Chairman, Alhaji Kunmi Mustapha described the tribunal verdict as an act of God and a clear manifestation that Engineer Seyi Makinde’s victory in the recently concluded Oyo State gubernatorial poll is define and harbinger of better days ahead for PDP in Southwest and Nigeria at large.

“This is the more reason why the PDP family must continue to pray fervently for the restoration of the magnificent glory of PDP as it remains the only credible alternative party that is determined to make life meaningful to the suffering masses.

“The Chairman of Oyo State PDP, Alhaji Kunmi Mustapha, therefore enjoined Chief Adagunodo led executives of Osun PDP not to relent by making sure they are united behind Sen Adeleke in his avowed commitment to protect the mandate given to him freely by Osun State electorate.

“The party, PDP, also advice Osun State APC not to waste tax payers money on frivolous legal process at the appeal court but accept the pronouncement of the tribunal in good faith as nothing can be built on nothing.” 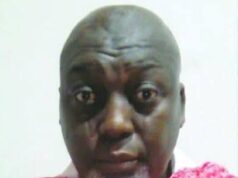 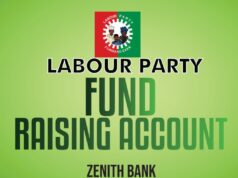 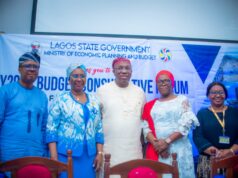