The call was made by the commission’s Head of Voter Education and Publicity, Zamfara, Garba Galadima in a statement in Gusau on Saturday.

The News Agency of Nigeria (NAN) recalls that a coalition of nine political parties on Thursday accused the commission of working in for the ruling All Progressives Congress (APC) in the Feb. 23, presidential and national assembly elections in the state.

The coalition also called for the immediate removal of the Resident Electoral Commissioner (REC) in the state and all heads of security agencies before the March 9, Governorship and State Assembly elections.

Spokesman of the group and governorship candidate of the All Progressive Grand Alliance (APGA), Alhaji Sani Shinkafi, had said at a news conference that the coalition lost confidence in INEC officials and the security agencies in the state.

In its defence, Galadima said the delay experienced in the distribution of sensitive election materials was caused by the late instruction and court order that the APC, which was initially removed from the ballot paper, should be included.

“We had to retrieve all the ballot papers initially loaded without APC Candidates and load the trucks with the ones carrying APC Candidates.

The last truck left CBN on Friday to Tsafe LGA around 12.00 noon. That affected early commencement of the elections.

“You should know that the Commission rescheduled the elections of about 77 Polling Units that could not conduct the polls on Feb. 23.”

“The Commission decided to hold polls for the affected polling units on Feb. 24 to give the electorate their rights to vote.

“The issue of malpractices enumerated were tabled by the complainants to the Collation and Returning Officers at the various Senatorial and Federal constituencies.

“They took decisions bearing in mind the rules, regulations, guidelines as well as what the Electoral Act 2010 (As amended) stipulated.

“You should know that the decision of the returning officer on the polls can only be upturned by the Election Tribunal, not INEC.

“The elections were secured by the security agencies. We are all aware of the security challenges in Zamfara State.

“We should be thankful to Allah for the conduct of the elections without the security threats envisaged.

“The security agencies should be commended for securing the elections, especially INEC Staff, Ad hoc Staff and its materials.

“They were distributed at the CBN Gusau, along with the ballot papers in the presence of the political party agents and security agencies.

“After the end of each process, they were filled by the rightful Officers.”

“The commission wishes to advise any candidate who participated in the national assembly elections that were conducted on February 23, 2019, to go to the Election Tribunal set up to dispose all the election related cases.

“The commission does not have a political party or candidate. We know that any candidate or political party that fails in an election can manufacture all manner of tales to discredit the umpire.

“The Resident Electoral Commissioner Zamfara, Dr. Asmau Maikudi, should be left alone to face her duties which she took oath to conduct transparently,” he concluded. 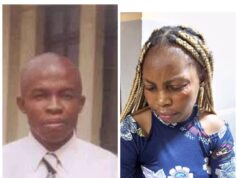