Human rights lawyer, Femi Falana SAN, has said that the Independent National Electoral Commission (INEC) has no cogent reason to have postponed the elections originally scheduled for February 16.

Falana said this in a statement released on Sunday.

The Senior Advocate of Nigeria (SAN) stated that there are provisions for which an election can be postponed, but that the reasons stated by INEC was not one of them.

INEC moved the general elections to Saturday, February 23, about six hours to the start of the polls yesterday.

Not convinced with the excuse tabled by INEC, Falana said, “Any postponement of elections on account of logistical or operational reasons cannot be justified under the Electoral Act or the Constitution”.

He also accused the government and some political parties of playing a part in the postponement of the elections.

Below is the senior advocate’s full statement:

“By virtue of section 26 of the Electoral Act, an election may be postponed if a serious breach of peace or violence is likely to occur or on account of a natural disaster or other emergencies.

To prevent any abuse of power the reasons for postponement of any election must be cogent and verifiable.

Furthermore, section 105 of the 1999 Constitution of Nigeria provides that if the Federation is at war in which the territory of the country is physically involved and the President considers that it is not practicable to hold elections the national assembly may pass a resolution to postpone the election. And such postponement shall not be more than six months at any one time.

Therefore, any postponement of elections on account of logistical or operational reasons cannot be justified under the Electoral Act or the Constitution.

Since general elections had been postponed on two previous occasions due to lack of adequate preparations the Independent National Electoral Commission ought to have prevented the shifting of the 2019 general election.

Even though all the political parties have blamed INEC for the postponement some of them contributed to the national shame and embarrassment.

Owing to the decision of political leaders to select and impose candidates on their parties in utter violation of section 87 of the Electoral Act many aggrieved candidates rushed to court for legal redress.

Consequently, not less than 600 pre-election cases were filed and are pending in the various courts while not less 40 orders have directed INEC to accept the names of candidates who won the primaries but were shortchanged.

The resort to litigation due to the impunity of majority of political parties contributed to the unwarranted delay in the preparations of INEC for the general elections.

It is interesting to note that both APC and PDP have traded their usual blames over the postponement of the general election by the INEC. But apart from INEC, both parties ought to apologise to Nigerians for their deliberate refusal to implement the far-reaching recommendations of the Electoral Reforms Panels headed by Retired Justice Mohammed Uwais, Sheik Ahmed Lemu and Dr Ken Nnamani which were set up by the Yaradua, Jonathan and Buhari regimes respectively.

Even the panels had recommended that the posts of the chairman and other members of the INEC be advertised in order to make them independent of the Executive. But in a bid to sustain the status quo of electoral fraud these recommendations and others have been rejected by the PDP and APC-led Federal Government.

The shameful postponement of the 2019 general election would not have occurred if the Federal Government had unbundled the INEC and ensured the practice of internal democracy in the political parties.

It is public knowledge that both APC and PDP have not committed themselves to electoral reforms. Hence, they have conveniently forgotten that the late President Umoru Yaradua had admitted that the 2007 general election which produced his regime was highly flawed.

Since the system will continue to produce flawed elections all democratic forces should mount sufficient pressure on the Federal Government to implement the recommendations of the aforesaid electoral reform panels, once the 2019 rescheduled elections are concluded.

Meanwhile, INEC which has shifted the general election by 7 days is alleged to have turned round to ban political parties and their candidates from further campaigning for votes.

Therefore, the limitation of campaign imposed by INEC should be reversed without any delay. Furthermore, INEC should comply with all valid and subsisting court orders with respect to the candidates sponsored by political parties for the general elections. Otherwise, the courts may annul some of the elections conducted by INEC on grounds of exclusion of qualified candidates.” 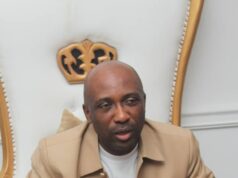