Governor Nasir El-Rufai of Kaduna State has threatened to ‘get’ Dr. Paul Enenche, the Senior Pastor of Dunamis International Gospel Centre (DIGC), over an alleged incitement.

El-Rufai said this on Thursday when Lai Mohammed, minister of information and culture, paid him a visit in Kaduna.

The governor was reacting to a recent message by Enenche where he blasted El-Rufai for not doing enough to end the killings in Kaduna State.

He said, “The recent crisis we had in Kaduna metropolis in Kasuwan Mageni was largely as a result of hate speech. The second round of crisis was because rumours started circulating that the abducted chief of Agada had been killed and within an hour 22 people were killed and it was totally false,” he said.

“By the time you create a lie like the case of these 22 people, consequences will follow. Even though the ransom was paid and he was freed, before he got to the road, the kidnappers shot and killed him.

“What was the story? The story circulating was that I invited the chief to a meeting and told him that his chiefdom will become an emirate and he disagreed with me and when he was abducted, it was implied that I arranged the abduction. This is what started the crisis and it is totally false.

“I have never invited any chief except when they write to see me. I can depose him. Why will I threaten him? I can abolish his chiefdom or emirate under the law. But this was the story circulating and it raised tension and many people were killed. The programme you launched against fake news is commendable and should be sustained.

“There was a clip going round, a pastor in Abuja that said I was the one that arranged the abduction and murder of the agom of Kachia. I have filed a complaint to the IG. We intend to bring him to Kaduna to try him.

“The clip was circulated in Kaduna and he is in Abuja, we will get him. We know the agents of this kind of careless statements and what is most unfortunate is that the guiltiest are people that we assume should be responsible, pastors, imams and very important people in the society.”

He described fake news and hate speech as fundamental problems confronting the society.

“It is not only the president that was said to be cloned. I am also someone from Mali. Somebody went to my Wikipedia page and changed my birthplace to Bamako, Mali. That the real el-Rufai died when he went on exile in 2009,” the governor said.

“These things are becoming common, you have a whole range of gullible people. We must do something otherwise we are all in danger.” 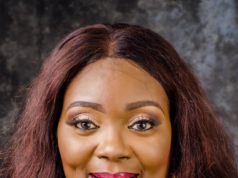 El-Rufai reveals how to unseat godfathers in Lagos politics –