The Senate, Wednesday, finally amidst protest confirmed the appointment of Mr. Olanipekun Olukoyede, by President Muhammadu Buhari, as the Secretary of the Economic and Financial Crimes Commission (EFCC).

It would be recalled that Olukoyede was not confirmed last Tuesday at plenary.

But her confirmation, however, took place amid sharp disagreement between the Chairman of the Committee on Anti-Corruption and Financial Crimes, Senator Chukwuka Utazi and some members of the Committee, who claimed that the screening of the nominee was done without their inputs.

The Ekiti born Olukoyede until her confirmation, was the current Chief of Staff to the Acting Chairman of the EFCC, Ibrahim Magu, before she was nominated as Secretary to the Commission in a letter by President Buhari, which was dated September 10, 2018 and addressed to the President of the Senate, Bukola Saraki.

The Senate had on October 3, 2018, referred the request of President Buhari for the confirmation of the nominee to the Senate Committee on Anti-Corruption and Financial Crimes, to screen and report back to the Chamber for adoption.

Utazi (PDP, Enugu North), had on Tuesday, presented the report of the Committee on the screening of the appointee to the Senate, telling the chamber that Olukoyede satisfied the Committee by demonstrating competence and sufficient experience to occupy the office for which he was nominated.

The Committee, therefore, having found him qualified and worthy of the office, recommended that the nominee be confirmed as requested by President Buhari.

However, a member of the Committee, Senator Isa Misau (PDP, Bauchi Central), rose to vehemently oppose the confirmation of Olukoyede, alleging that most members of the Committee were not carried along in the screening exercise.

He also said that he observed during the screening that some of the nominees were not competent to hold the offices for which they were nominated, querying why only three senators signed the signature page of the Committee report.

He, therefore, urged the Senate to suspend the confirmation of the nominee and allow the members of the Committee to meet and further deliberate on the report before the Senate could adopt it.

But Utazi explained to the Chamber that he invited all members of the Committee to the screening of the nominee but only three of them attended.

He also noted that the three senators out of the eight members formed quorum because the Senate rule stipulates that one-third of members shall form quorum.

It was on this premise that Senate President Bukola Saraki, Tuesday, asked the Committee Chairman, to meet with other members and collectively discuss the report to avoid creating divergent positions on the confirmation exercise.

However, when the report was brought up again, for consideration, Senator Misau, raised further objection, alleging that he was not contacted for the meeting to look into the report as directed by the Senate on Tuesday.

Another member of the Committee, Senator Dino Melaye, supported Misau, accusing the Chairman of not complying with the resolution of the Senate.

Utazi, who was furious over the accusation by his committee members, told the Senate that he sent letters of invitation to all of them but they did not attend because they went for oversight functions of other committees where they were also members.

He expressed serious concerns that his colleagues would be lying against him while also trying to hold the Committee to ransom over their selfish interest, urging the Senate not to set a bad precedence by allowing few individuals to slow down the work of the apex chamber out of their selfishness.

Ruling on the matter, the President of the Senate, decided that it should be put to vote as to whether to consider the report or jettison it on the strength of the allegation of exclusion made by Misau and Melaye.

When he put it to voice vote, majority of the Senators present voted in support of her confirmation. Then after the Chamber reverted to the Committee of the whole and went through the document, Saraki also put the confirmation of Olukoyede to voice vote, and it was also overwhelmingly supported and she was confirmed. 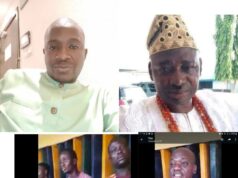 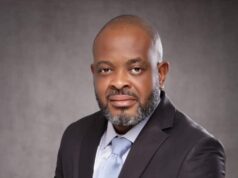