President of the Nigeria Labour Congress (NLC), Comrade Ayuba Wabba, says that the Federal Government was operating on denial over the new minimum wage.

Wabba pointed out that private sectors wer actually cooperating with the labour unions on the proposed new wage than the government.

Wabba stated this in Yenagoa, Bayelsa State on Tuesday during the opening session of the 2018 meeting of the joint national public service negotiating council.

He stressed that private sectors pay their workers higher than those in public service.

He said: “Private sectors have actually displaced the public sector in industrial relation and collective bargaining role model, our experiences during the negotiations for the new minimum wage showed that the employers in the private sectors are more forthcoming and forthright, moving negotiation forward to mutual acceptable figure, while government continues to live in denial and even stop the conclusion for the negotiation.

“Private employers remain willing to sustain industrial relation harmony by supporting positions that will ensure that workers get appreciable wages increase, while government continues to politicize our agreement, devoid of genuine interest.”

He added that state governments still owe salaries, pension and arrears of civil servants despite several interventions in form of bail-out, Paris club refunds, other initiatives and budgetary supports. 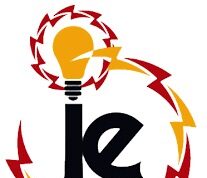 As Ikeja Electric bill is now more than the Minimum Wage