The head of Igbo Leaders of Thought said this on Wednesday in Enugu when the Peoples Democratic Party (PDP) presidential candidate met with Igbo leaders.

“I will not die until your become president”, he quoted Nwabueze as saying.

The endorsement of Atiku was taken by Southeast elders, comprising political, traditional and religious leaders as well as women groups.

The communiqué read by a legal luminary, Olisa Agbakoba, SAN said: “The summit deliberated on the State of Ndigbo in Nigeria today especially after years of exclusion from the center.

“This country has never been as divided as it is today. We Igbos have always yearned for a level playing field with justice, equity and fairness.

“The Summit recognized the nomination of His Excellency Mr. Peter Obi Former Governor of Anambra State as the Vice Presidential Candidate of the PDP and fully endorses this nomination.

“It was acknowledged that this nomination puts Ndigbo back in the center of governance. It is therefore important that Ndigbo should rally behind the Atiku/Obi ticket.” 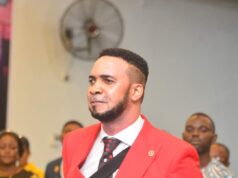