The Human Rights Writers Association of Nigeria, HURIWA, has called for the comprehensive reorganization of the National Emergency Management Agency, NEMA.

This follows the indictment of Vice President, Professor Yemi Osinbanjo and the Director General of NEMA in a N5.8 billion scam by the House of Representatives.

HURIWA also frowned at the ongoing squabble between the opposition Peoples Democratic Party, PDP, and Osinbanjo over the indictment.

HURIWA wondered why extensively damaging criminal allegations are being turned into a political wrestling match instead of the relevant agencies of government at the centre and the National Assembly to activate mechanisms to reform the corrupt infected system.

The association noted that, “Nigeria does not have the luxury of time to engage in political gymnastics by the political actors given that there are several national emergency situations that have happened all over the nation with thousands of Nigerians becoming internally displaced with no effective remedial redress mechanisms both at the centre and the federating units.”

In a statement signed and made available to the media by its National Coordinator, Comrade Emmanuel Onwubiko and the National Media Affairs Director, Miss Zainab Yusuf, HURIWA asked the Vice President and the Director General of NEMA to resign immediately or be suspended for three months or sent on compulsory leave pending the holistic determination of the subsisting allegations.

The association said, “They should subject themselves to transparent and open investigative activities by a combined team of the Independent Corrupt Practices and other Offences Commission (ICPC); Economic and Financial Crime Commission (EFCC); and the Code of Conduct Tribunal so as to ensure hitch-free probe of the extensively damaging allegations.”

HURIWA said, “EFCC alone can not guarantee a transparent given the affinity that exists between the acting Chairman of EFCC and the Vice President.”

HURIWA further applauded the All Progressives Congress, APC, dominated Federal House of Representatives for not capitulating to partisan pressure and undermine the investigation.

HURIWA, however, affirmed that the enabling Act setting up the National Emergency Management Agency, NEMA, needed to be reworked fundamentally to insulate the office from the institutionalized political interferences of the presidency given that the Vice President is listed as the Chairman of the governing body of the agency.

Besides, HURIWA has tasked the National Assembly to take up the national assignment of reforming the enabling Act that set up NEMA so as to provide for the appointment of a technocrat with no political affiliations to head the National Emergency Management Agency because of the strategic national functions that such a sensitive institution is created to perform.

The Rights group lamented that over the years, NEMA has been used as a politically manipulated national cake by the party in power to reward the patrons of the political party just as the Rights group stated that the current management is the worst because of the fact that the Director-General was basically rewarded for his contributions to the All Progressives Congress (APC).

“We commend the visionary speaker of the Federal House of Representatives and the committee which began and completed the legislative probe of the monumental scandals within NEMA and has uncovered a spectacle of fraud and deliberate disobedience of the due process governing public procurement. Those indicted must be dealt with appropriately.

“This is a clear case of criminality and must not be reduced into the traditional brickbats between PDP and APC. The right thing must be done so as to properly refocus NEMA to deliver services qualitatively and equitably to all sections of Nigeria instead of the current position whereby it operates like a pro-North East agency.

HURIWA recalled that the House of Representatives ad-hoc committee on Emergency and Disaster Preparedness offered insight into why it indicted Vice President Yemi Osinbajo on the alleged diversion of N5.8 billion meant for emergency intervention in the northeast. 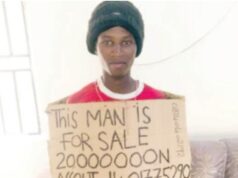 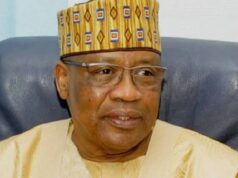 Corruption under Buhari is worse than it was under me’, declares himself as saint— Babangida|Blissful Affairs Online