No fewer than five persons have been allegedly killed and several others missing in a communal clash that ensued between the people of Ebijakara, Ebom and Usumutong communities in Abi Local Government Area of Cross River State.

The incident occurred in the early hours of Wednesday when the people of Ebom, who had been refugees in Usumutong finally left to their ancestral home, Ebom.

The Village Head of Usumutong, who is the paramount ruler of Abi Local Government Area, His Royal Majesty (HRM) Oval Solomon Osim Edward, confirmed the development to our reporter on Wednesday.

He said, “This morning (Wednesday), I heard that they left to their ancestral home in Ebom, they didn’t tell anybody, so when they got to Ebom, the people of Ebom resisted them from entering their community.

“Ebom people pursued them back and they wanted to come to Usumutong, but our youths repelled them since they have left. For now, peace has gradually returned to the area but we don’t know what would happen tomorrow whether they will re-enforce and come back,” he stated.

“The Ebijakara people have been out of the community for the past 13 years and we in Usumutong have been harbouring them and we have been restraining them from going out for war with their neighbours.

“Recently, the Ebom people abducted two of our sons and when they threatened going back to their land, we have no control over them so we asked them to go.

“However, we have been invited by the Governor for a meeting on Tuesday, all the Chiefs in Babuno will be there, those who would not come, it is left for them” he further stated.

The Village Head of Ebom, Chief Henry Bassey also told DAILY POST on phone that the Usumutong people arrived their territory this morning (Wednesday) and started shooting guns threatening and attacking his people.

“Our people are still in the bush, they have not returned to enable me know how many are missing or dead, when they return, they will come to my house but as at now, the situation is dicing.”

Meanwhile, an eyewitness, who simply gave his name as Ntui said “These people, Ebijaghara left our village (Usumutong), organised themselves, regrouped and went to Ebom, right now the fighting is still going on, houses have been burnt. It is Ebijakara people that attacked Ebom”.

Interestingly, the Commissioner of Police, CP Mohammed Inuwa Hafiz told our correspondent on phone on Wednesday that some women went to farm and were assaulted.

“We have since sent some police men to the area, as I speak to you now, the Area Commander, and Divisional Police Officer (DPO) and traditional rulers of the communities are meeting.

“So, many communities are fighting themselves, as I speak now, they are holding peace meeting because that was the report presented this morning.

“They are suspecting that it was Usumutong people who attacked Ebom and assaulted them. We have tried to stop the matter from degenerating into a full scale war.

“No report about death or destruction of property. We have to move in policemen to curb the situation,” Hafiz stated. 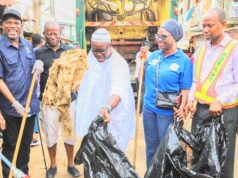 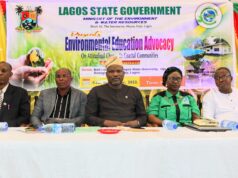