In the last one week or so, at least three of the prophecies given by the presiding Bishop of Divine Seed of God Chapel Ministries in Ibadan, Oyo state, Prophet Wale Olagunju, has come to pass.

Prophet Olagunju, it can be recalled, accurately predicted President Muhammadu Buhari’s victory in the 2015 election.

In January 2017 he also prophesied that former vice-president, Atiku Abubakar, will bounce back and become popular among Nigerian politicians.

In his words: “God says the name Atiku Abubakar will continue to ring like a bell. He will be so popular among Nigerian politicians to the extent that many will root for him.”

Olagunju also stated that “Tambuwal and David Mark will be drafted to contest the 2019 Presidential election but God says the cabal of our nation will prefer Governor Tambuwal of Sokoto state.”

This played out at the People’s Democratic Party (PDP) presidential primary last Sunday.

Tambuwal was a huge favourite among the northern delegates, but votes from the South East swung victory in against way and Atiku grabbed the party’s ticket.

The cleric also warned about Baba Sala in his 2017 prophesy. He said “Nigerians should pray for Baba Sala”.

The comedian passed on this week.

“Lagos State Governor, Akinwunmi Ambode should be prayerful to avoid being at loggerhead with the elite. He should also pray to avert sickness,” he said.

Ambode fell out of favour with the Asiwaju Bola Ahmed Tinubu, the National Leader of the All Progressives Congress (APC) and other bigwigs, which led to him losing the governorship primary to Babjide Sanwo-Olu by a landslide. 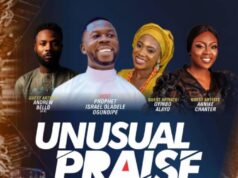 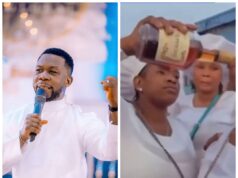 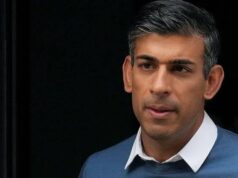