The Yoruba Council of Elders, YCF has commended the former Minister of Finance, Kemi Adeosun over her resignation.

Buhari on Friday accepted Adeosun’s resignation letter as Minister of Finance while also replacing her with Zainab Ahmed.

Adeosun had in her letter said she resigned following allegation of forged NYSC certificate against her.

However, reacting to the development, Secretary General of the Yoruba Council of Elders, Dr Kunle Olajide in a statement on Saturday said Adeosun was a victim of mischievous individuals involved in the process that produced the forged certificate.

He noted that there were government officials who had been accused of one fraudulent practice or the other but still in government in various capacities.

YCE also commended her for leaving behind a glorious achievement as a minister, having steered Nigeria out of recession when she was given no chance.

He said, “YCE received the news of Adeosun’s exit from the cabinet with sadness and joy. It was with sadness because she was exiting office in an inglorious circumstance.

“ Her pedigree and antecedent as mentioned in her resignation letter, however, speak volume of her confidence, character and capability.

“We are proud of her achievements in office because she assumed duty at a difficult time in the history of the country. She steered Nigeria out of recession when many did not give her a chance to do so.

“YCE commends her courage to resign honourably when she discovered that her NYSC certificate was not genuine.”

Olajide urged the former minister not to be deterred by the setback, saying that her services would still be required by the country. 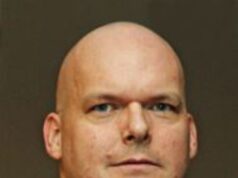 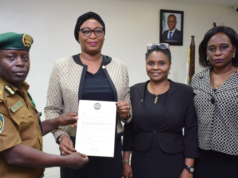