The Peoples Democratic Party has said that the defection of the speaker of the House of Representatives, Yakubu Dogara to its fold will mark the collapse of the All Progressives Congress ahead of 2019 election.

PDP also said the defection was timely, in the right direction and perhaps a national rebirth.

Bauchi state PDP Publicity Secretary, Yayanuwa Zainabari, in an exclusive interview with Media on Thursday in Bauchi, said Dogara’s informed decision to dump the ruling party justified that PDP is taking over from APC come 2019.

“The defection of Dogara back to the PDP is an indication that President Buhari is packing out of the Villa because the speaker remains the only influential politician whose popularity has a negative tendency on Abubakar even as governor,” Zainabari claimed.

He regretted that lack of internal democracy, injustice and impunity forced Dogara to dump the APC he suffered to build, assuring the Speaker of equal treatment.

” Nigerians are currently jubilating Dogara’s defection to PDP which is intended to rejuvenate the nation from APC’s jaw of hunger, poverty and insecurity,” said the PDP spokesman. 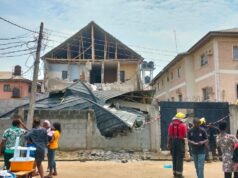 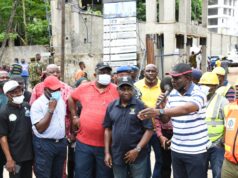