A Statement by the Secretary to the State Government (SSG), Professor Anthony Ijohor, (SAN), says four Commissioners and seven Special Advisers are to, however, retain their portfolios.

The Statement says the partial dissolution of the Exco takes immediate effect and that the outgoing members of Council are to handover to their Permanent Secretaries or most senior directors as the case may be.

The SSG quoted the Governor as expressing profound appreciation to outgoing members of the Benue State Executive Council for their service to the State and wishing them well in their future endeavours. 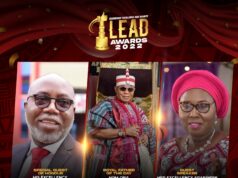