SMEDAN
THE Small and Medium Enterprises Development Agency of Nigeria (SMEDAN) has empowered 100 entrepreneurs in Kogi state to boost their businesses.

The agency said the move was part of its moves at developing and assisting young entrepreneurs across the country.

Under the scheme, each of the 100 beneficiaries were empowered with
N40,000 to further boost their businesses.

Presenting a cash support to the beneficiaries at their in Lokoja and Anyigba on, the representative of the Director General of the agency, Mr Onesi Lawani, said the Young Business Owners in Nigeria (Y-BON) programme of SMEDAN was aimed at assisting young entrepreneurs who have business ideas to lack capital to grow them.

He, however, charged the beneficiaries to be prudent in the management of their resources to pave way for the rapid growth of the businesses.

SMEDAN boss also charged the beneficiaries to inculcate financial discipline into their businesses to enable them to grow and attain the status of the employer of labour in the state.

He said, “During the training, we organised for the beneficiaries, we told them the need for them to be disciplined in the area of handling of business money.

“Over time, we discovered that the problem with many micro enterprises is not that they do not make the profit, but the problem was that they don’t effectively manage their capital as required of a business person.

He assured that the agency would continue to provide business development services to the beneficiaries to guide them toward the areas that can make their businesses grow and contribute their quota to the economy of the country.

The coordinator, North Central zonal office of SMEDAN, Charity Abah, said at least 500 beneficiaries were selected from the eastern and western senatorial districts of the state for the Y-Bon programme in Kogi state for sensitization and awareness creation.

She explained that following the sensitization, 50 beneficiaries from each district were selected and supported with N40,000 to acquire workspace for their businesses which she noted was the major focus of the agency.

She charged the beneficiaries to strictly adhere to daily bookkeeping for the purpose of sustainability of the businesses. 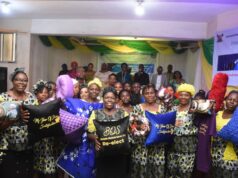 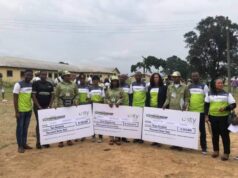