Ekiti State Governor, Ayodele Fayose has claimed that Nigeria does not have a problem of corruption.

Fayose, speaking during the inauguration of several projects in Ado-Ekiti on Friday, insisted that if President Muhammadu Buhari was keen on probing past leaders, he should go all the way back to the military era.

“Our country has no problem of corruption. They said they are visiting the past, let them probe up to the military era, because it has to go down the line.

“We have had enough of blame game under Buhari. Everyday, they shout Jonathan; they better face the reality that they were only affected by incompetence and lack of capacity to deliver and stop blaming past leaders,” the Governor said.

Reminiscing on the June 21 governorship election in Ekiti, Fayose said: “They said you rigged election for me after open acceptance by Fayemi that he was rejected by Ekiti electorate.

“They went to Supreme Court, I defeated them. They said when President Buhari comes he would take Ekiti. If you like bring Army, police, I don’t care. The God of Israel is our strength and we shall be victorious.” 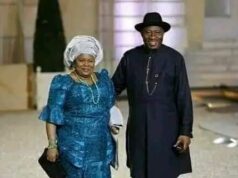