Media findings revealed that Maikudi Bature, the new factional chairman is allegedly loyal to Governor Yahaya Bello, while the other elected chairman Usman Mamanlafia has the backing of the embattled APC chairman in Kogi State, Alhaji Haddy Ametuo.

The factional Chairman Maikudi Bature
was elected by 248 delegates from across the ten Wards of the Local Government Area.

He described the Congress as most peaceful ever.

Isah, who is an aide to the governor of Kogi State, also commended the orderly conduct of delegates.

According to him, the laid down rules by the party and INEC where duly followed.

In his remarks, Adoga Ibrahim, Special Adviser to the Kogi State Governor on Donor Agencies, said the APC members have spoken as one united family, saying that the party in Lokoja LGA is rancour free, and united in one purpose.

He charged the newly elected executives to use their emergence to move forward the party.

Also speaking, Hon Shiru Lawal, Administrator of Lokoja LGA, described the turnout of party members despite the rain as sign of good things to come for the party in the area.

The Administrator called on the newly inaugurated executives to reach out to others who are not in the fold, with a view to improving the chances of the party in future election.

In an acceptance speech, the newly elected factional Chairman, Bature Maikudi, says his emergence would not be taken for granted.

He further noted that his new position would spur him to meet with the challenges and expectations of the people of the local government area.

The other congress at St. Luke’s Model Primary School Adankolo, Lokoja, which produced Usman Mamanlafia as the new chairman of APC Lokoja Local Government, saw the emergence of Abubakar Nagogo Maiyaki as the new secretary

The newly elected chairman pledged to carry along all segment of the party and urged those aggrieved to close ranks in the interest of the party. 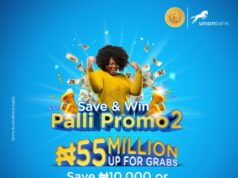 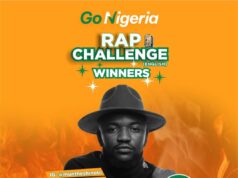