The ward congress of the All Progressives Congress, APC, taking place across the country has kicked off in Enugu State with controversies. We learnt that crisis started brewing Friday evening during a stakeholders’ meeting convened by the National Vice Chairman of the party, South-East, Mr. Emma Eneukwu.

A source at the well attended meeting told our correspondent Saturday morning that Eneukwu preached for peace among the various stakeholders for a peaceful congress.

However, trouble started when some stakeholders demanded that the congress panel from Abuja should come to address them at the hotel, a demand turned down by Eneukwu.

“Eneukwu told them that the party’s constitution provides that the congress panel should address members at the party’s secretariat and not in a hotel.

“Former Senate President, Chief Ken Nnamani who was at the meeting toed same line. Their position was greeted with shouts of ‘no, no’,” the source said.

However, some members of the party have also accused Eneukwu of hijacking materials meant for the congress.

A member of the party, who identified himself as Mr. Agu from Nsukka claimed that Eneukwu “is bent on sabotaging the popular will of party members by imposing people loyal to him.”

“Other party faithful have been prevented from obtaining forms for any of the positions available for contest.

“I’m aware that the Hon. Minister of Foreign Affairs, Mr. Geoffrey Onyeama chaired a stakeholders’ meeting yesterday with Senator Ken Nnamani, former Senate President and Bar. Juliet Ibekaku Nwagwu, Special Adviser to the President on Justice Reform in attedance, where they advised Mr Eneukwu and the congress committee led by Mr. Ikye Odikpo to desist from destroying the integrity of APC in Enugu State and in the South East zone.

“The meeting ended with stakeholders vowing to hold parallel congresses across the wards if the materials are not released and party guidelines followed strictly,” he stated.

As of the time of filling this report, the congress has commenced in several wards across the State. 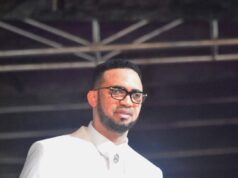 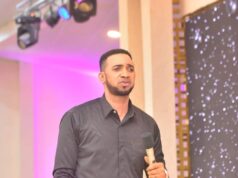