The Bishop of the Diocese of Badagry, Church of Nigeria (Anglican Communion ), Rt. Rev. Babatunde Adeyemi, has said that it is unfair for President Muhammadu Buhari to declare the Indigenous People of Biafra, IPOB, a terrorist group, while the killer herdsmen enjoy protection.

He said this on Wednesday while condemned the killings in Benue, Taraba and other parts of the North-East.

The cleric called on Buhari to declare the killer herdsmen as terrorists, owing to the number of killings they had perpetrated.

Adeyemi said this in a statement to sensitise Nigerians ahead of the diocese’s Synod, which began on Wednesday.

He said, “We (Anglican Communion ), condemn these mindless killings in our country. If the Indigenous People of Biafra could be termed a terrorist group, those who perpetrate these heinous acts should also be termed terrorists.

“But because these set of people come from a particular part of the country, they enjoy protection from the Federal Government.

“But we in the Anglican Communion shall not keep quiet because Christians are also being killed in cold blood.

“The Primate of the Anglican Communion has also spoken about it. That is why we are telling President Muhammadu Buhari to act now because we strongly believe that if he succeeds in addressing insecurity, his re-election ambition might sail through.” 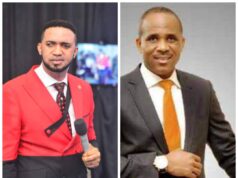