The defectors were led to the APC National Secretariat, Abuja by Dr Cairo Ojougboh where they were received by the National Chairman of APC, Chief John Odigie-Oyegun.

Ojougboh, who was the Deputy National Chairman of the Sheriff faction of the PDP, said the decision of the defectors to join the APC had been on for seven months.

Odigie-Oyegun, who received the defectors in company of governors of Kaduna, Kano and Kogi States and the Secretary to the Federal Government (SGF), Boss Mustapha, described the development as the first in the history of the party.

“This is the first time this magnitude of event is happening since the amalgamation of the party and since the APC came into being.

“It is the first time we are receiving a total party with all the structures all over the nation fusing into the APC.

“We have three of our governors from three of our most potent states and the SGF to be here and to receive you all, because seeing is believing,’’ he said.

He advised the defectors to ensure that they formally register as members of the party at the ward level, assuring that they would be accorded same privileges like old members.

“Fortunately, you are men and women of quality, attainment and achievement, and so it will be easy for you to fit into your proper place and role in APC´´ Odigie-Oyegun said.

Sen. Uzodinma, who spoke on behalf of the defectors, thanked the APC leadership for accepting them into the party.He represents Orlu West Constituency of Imo in the Senate.

“We have been observing the happenings in our nation and whink that as a country, it would take the very good sense of judgment and the participation of all of us to solve the problems of our people and develop our land.

“We are here, officially, to let everyone know that we are now collapsing into APC.

“We ask for only one thing, the enabling environment and equal participation which you had graciously approved,” Uzodinma said.

He also said that their entrance into APC would change the narrative for the better and in the interest of their people.

Governor Umar Ganduje of Kano state, who also spoke at the occasion, said the defection was historic because the most accepted faction of the PDP joined APC.

“It is our luck that we are taking the better part of PDP,” he said, adding the with the new entrance, APC was sure of victory in 2019 general elections. 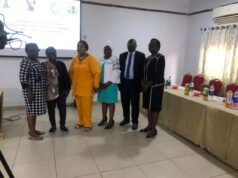 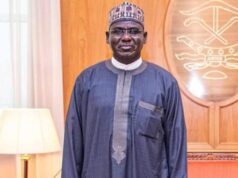 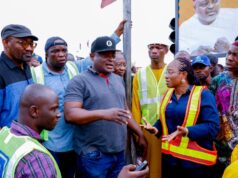