The Biafra Nations Youth League, BNYL, has advised President Muhammadu Buhari on how to make himself the best leader Nigeria ever had.

Speaking through its National Leader, Princewill O Richard, the group said Buhari can put his name down in history as Nigeria’s best president by declaring the Sovereign State of Biafra.

The group, in a statement forwarded to the media, maintained that the outcome of the 2019 general election does not any way bother it.

BNYL said that the group is not interested on who becomes the next President of Nigeria, adding that the killings going on in Nigeria and Federal Government’s inability to stop the menace show the country is under islamic control.

It said this while backing the Chairman of the South East Elders Forum, and former President of Ohanaeze Ndigbo, Chief Dozie Ikedife who said that the Igbos will no longer rely on fake promises and would continue with the demands for Biafra.

It said, “President Buhari to quietly leave office after his tenure.

“The killings by Fulani herdsmen and the government inability to stop them positioned Nigeria as a State under Islamic control.”

The BNYL leader added, “We are not part of the local government election activities in Rivers State, particularly in Oyigbo where my father, Eze Richard Ekegbu, Eze Ndigbo of Oyigbo exert much influence.” 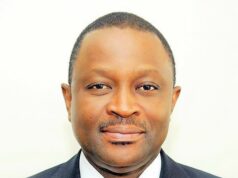