The All Progressives Congress, APC, governorship hopeful in Delta State, Prof Patrick Utomi, has revealed in whose hands it is to end the reign of former governor, James Ibori in the state.

According to Utomi, the decision to bring to an end or allow the Ibori political dynasty, will be taken by Deltans and not him in 2019.

Utomi told media in Asaba, that Delta people should be able to say if they are better the way they are.

He said, “What should be the concern is the well being of people, I would like us, in building Delta, to have a coalition that is not too sensitive to political parties, but sensitive to Delta, the need to rescue it and ordinary people, particularly, escaping the blight into which they have been cast.

“I do not think Pat Utomi would do anything to terminate or encourage anything.

“The people of Delta should be able to say to themselves, are we better off the way we are? That is what determines election in America. In America, the typical mantra is, are you better than you were four years ago.

“All Deltans need to do is to drive across the board and whatever direction they face. . . Let us say that they face Edo, which was part of defunct Bendel state before the split in 1991, they should ask themselves what is the difference between Delta and Edo states today. If they also face east, across the Niger, and look at Anambra, they should ask and find out what is the difference.

“What is particularly interesting is that the two states receive about a seventh of what Delta receives from the Federation Accounts.

“Recently, I gave a lecture to entrepreneurial leaders from the South-South at Port Harcourt organized by the American Embassy and Consulate in Lagos and after it, I drove to a funeral at Igbo-Ukwu area of Anambra state, I came in from Ihiala, Awka-Etiti, all those areas, and a Deltan who was in the car with me kept screaming about the rural roads without potholes in Anambra that we drove on.

“That is the truth about our reality, which those two states are receiving about seventh of what we receive in Delta and are by far in better shape than Delta.

“If Deltans prefer that and want it (Ibori dynasty) to continue, that is their choice. I mean, they cannot complain that they do not have a choice.

“A friend of mine, who is a federal minister, told me not too long ago that democracy in Nigeria is a farce. It is not Nigerian problem; it is actually scholarship that has developed around the fact that there is a difference between participation and representation. Our democracy, quote and unquote allows people who are not supposed to lead them to represent them, that is why you can talk about a dynasty.

“Politics takes away their opportunity for representation but it allows participation. If we are going to change this democracy, we must change this position and one of the ways I propose that we must change it is for instance to enshrine that anybody seeking political office must have at least 10 opportunities to debate with his opponent in some school compounds, on television, organized debates and let us know what the person stands for, what you have done before, bringing to the table and exactly what you plan to achieve with the resources available during the period you will serve.” 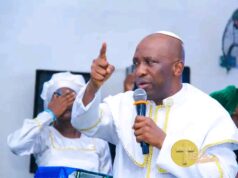 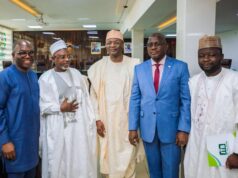