Adewole had dragged his wife to court pleading that it separated him and his wife who according to him was stubborn, disobedient and always rubbing shoulders with him in the home. He added that she was always fighting him.

The defendant refused to show up in court after being served a court hearing twice.

Giving his judgment after he had listened to the plaintiff, the court president, Chief Ademola Odunade observed that his love for his wife had waned. According to him, the refusal of the defendant to show up in court indicated she was no more interested in their union.

Ruling, Odunade dissolved their union and granted custody of their three children to the plaintiff. He ordered a copy of the judgment to be served the defendant.

Adewole stated thus while giving his judgment: ”My lord, I pray the court to deliver me from the bondage I led myself into called marriage. I’ve known no peace or rest of mind since I entered into it 17 years ago.

“I’m married to a woman who is as stubborn as a goat. She insists on having her way always.

“My wife has no regard for me and disrespects me every time. She readily flouts my orders. I noticed she was moving with politicians at the grassroots level and warned her against joining politics but she disobeyed me and went into it fully.

“Any time I try to show my displeasure over an issue, she turns it into a fight. She will shout and humiliate me before our children and neighbours.

“My lord, my wife curses me any time we are having s3x and this reduces my libido. I’m fed up with her, please separate us.” 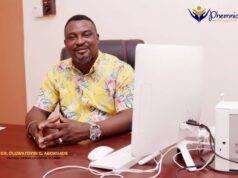 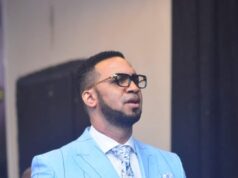 MC OLUOMO: A KING IN MAKING, BIRTHDAY TRIBUTE TO AN ENIGMA|Blissful Affairs Online